Regulators Have Endorsed The Self-Driving Technology 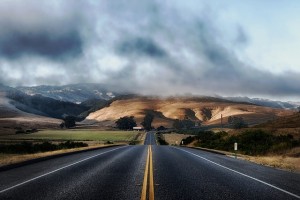 According to several news sources, the autonomous car technology just got a huge endorsement from the federal government.

The report shows that the administrator of the National Highway Traffic Safety Administration has recently announced that the government approves self-driving cars and believes they could help to reduce the number of auto accidents. But his word alone is not the only indicator that regulators are serious about supporting the technology.

Instead of trying to block it, regulators are working on encouraging companies to develop the best and safest vehicles they possibly can. For some critics of government intervention, that may come as a surprise.

To regulators, the most challenging part of making the self-driving car widely available to the public is beating mistrust. To NHTSA’s administrator, many drivers will have a hard time understanding the technology and making it user-friendly. Until people are fully aware of how the technology works and they have seen others making use of it, most drivers won’t feel entirely comfortable leaving all the driving to the computer.

But to regulators, the fact this technology is being developed to make human error a thing of the past makes it important for safety reasons.

Before allowing the technology to be widely available, however, regulators want to make sure companies working on these devices have developed the safest features they possibly could.

Despite the several reports of minor incidents and fender benders associated with the Google car and other autonomous technologies, regulators and safety advocates are excited about the latest developments.

If you’re concerned about how this technology will shape your driving experience, you may learn more about the Google car by checking the company’s official self-driving webpage. For more on how regulators are beginning to warm up to the system, follow this link.

Until the technology is fully developed, drivers should stay focused on making sure that safety comes first. Paying attention to the road and the act of driving should come first. Stay safe and avoid auto accidents by driving defensively and sharing the road with others.