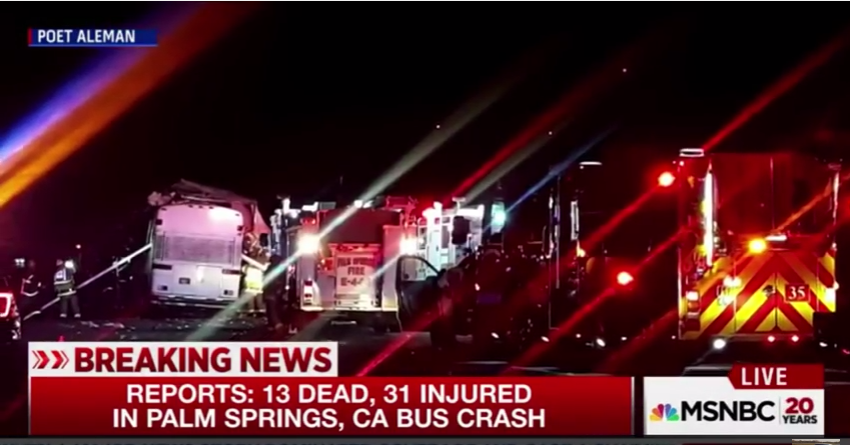 The tragic bus crash near Palm Springs that killed 13 people continues to be covered by most mainstream news organizations in California and in other states. And according to these reports, the driver of the tour bus involved in the crash was previously sued due to other crash deaths.

According to the multiple news reports, a USA Holiday employee told reporters that her father was behind the wheel of the tour bus involved in the Palm Springs crash. The 59-year-old man had been sued twice in the past for crashes. In 2007, for instance, one of his drivers was involved in a crash that killed three people. The estate of the victim sued USA Holiday, the driver, and the company’s owner. The case was later dismissed when the victim’s attorneys failed to respond to requests during the discovery process.

Two other suits were brought against the driver and the company, one in 2004 and another in 2009, but both of them were dismissed.

As authorities advance the investigation into the Palm Springs bus crash, officials maintain that they are still not sure what factor led to the collision. Nevertheless, California authorities say that the bus operator was driving as fast as 65 mph. According to reports, the driver allegedly failed to apply the brakes before slamming into the back of the truck.

The bus was on its way to Los Angeles from the desert town of Salton City.

According to one of the bus occupants, she was sleeping when the crash occurred. To her surprise, she woke up to find herself amid dead bodies.

The bus driver is among the deceased. Most victims were from the Los Angeles area, and their ages ranged from 52 to 72.

While the bus passed an inspection this past April, the vehicle did not have any seat belts, which may have contributed to the deadly toll. According to California authorities, the National Transportation Safety Board is investigating the crash. It’s still not determined if the bus had a data recorder.

For more on the most recent revelations on this bus crash, follow this link.