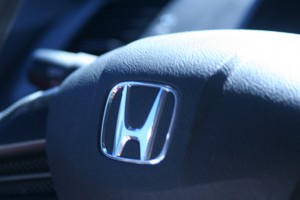 All too often, companies launch recalls and drivers (or riders) are not made aware. Unfortunately for those who are not alerted, the risks are real, and many accidents end up taking place as a result, even after the campaigns are launched.

We often like to report on these recalls so our readers are made aware of the risks.

The vehicles listed under this recall come with resin brackets inside the fuel pump that may swell while in use, causing the pump impeller to seize. If this is the case, the motorcycle may end up stalling, and a crash may occur.

According to Honda, dealers will have all fuel pump assemblies impacted by this recall replaced entirely for free. While this issue impacts thousands of motorcycles nationwide, a notification schedule hasn’t been set up just yet.

The second recall campaign to have caused us some concern comes from Subaru.

According to the official announcement, over 592,647 vehicles are being recalled over a possible fire risk.

Recalled models include the 2010 through 2014 Legacy vehicles that were manufactured between November 26, 2008 and June 7, 2013, as well as the 2010 through 2014 Outback vehicles manufactured between January 9, 2009 and June 7, 2013. These vehicles come with windshield wiper motor bottom covers that may interfere with one another, increasing the risk of a fire in case of an obstruction.

Consumers with the recalled vehicles should be contacted in the near future.

Once you visit a dealer, the windshield wiper motor bottom cover assembly will be replaced entirely for free.

Whether you were impacted by a Honda or Subaru recall, do not wait until you’re injured to act.