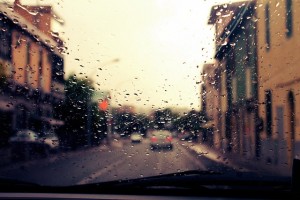 As the cooler weather brings more rain to California, residents begin to understand why so many experts are concerned about how El Niño will impact road conditions statewide.

According to a series of news reports, the California Highway Patrol has recently urged Californians to stay alert to risks associated with wet, slippery roads when the storms come to town. With the reports of serious accidents hitting the bay area due to the rains, drivers should keep these incidents in mind during the winter time.

The California Highway Patrol reported one person was killed and at least three others were injured in auto accidents this past Monday due to the weather conditions in San Jose. The truck involved in the accident veered off the road for unreported reasons and crashed into a tree.

A second collision that also resulted in a fatality happened in Napa on the same day. While reports do not show what happened prior to the accident, the vehicle was found sitting 100 feet away from the road facing the opposite direction.

Two other serious accidents that happened in Sonoma County on Sunday were also linked to the wet weather.

According to the CHP, a 27-year-old lost control of her vehicle allowing it to crash into an oncoming car in Napa. The driver lost her life as a result of the collision.

Another accident was also attributed to the bad weather. According to the CHP, the vehicle slammed into a white pickup trucks that was carrying a family in Petaluma. No deaths were linked to this particular accident. Authorities say the driver was trying to spin his vehicle’s wheels when he lost control.

If you’re a driver and you’re concerned about your safety when the weather gets rougher, remember you should never speed when it rains.

For more details on the accidents that happened in the Bay area, follow this link to read the full report.